What Can Microsoft Excel Do That Google Sheets Cannot? 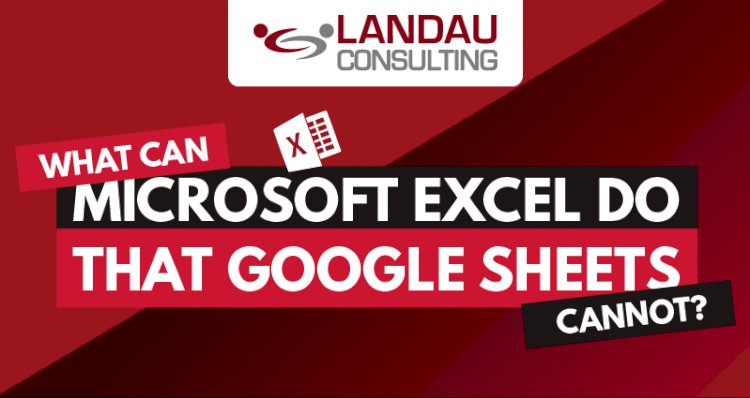 Spreadsheet programs have already been used by many businesses all over the world for decades now, even before Microsoft Excel arrived in the market. Companies once used VisiCalc and Lotus 1 -2-3 until Microsoft Excel came and ousted them.

Microsoft Excel remained unchallenged as the most popular spreadsheet software until Google Sheets was introduced . Both software is incredibly similar to one another, with the basic difference being that Boomers prefer using Excel while Millennials prefer Google Sheets.

Many businesses mainly use Excel or Sheets to maintain lists of various kinds without being able to take advantage of the other features these programs have, which mostly keeps many people from realizing the differences between the two. Both programs allow many people to access and edit one file and to analyze and calculate data.

The main difference between the two software is how robust they are. Multiple users might be able to take advantage of Google Sheets to edit a single data sheet on the go. But if companies need to handle more complex data that requires complex calculations, then the best option would be Microsoft Excel.

Microsoft Excel can handle financial and scientific calculations that Sheets cannot. Excel can also link its files with other Microsoft Office applications like Word and PowerPoint, which means that users who change something in Excel won’t have to access PowerPoint or Word to update them when they’re linked together.

One more significant factor that differentiates Excel from Sheets is the fact that Excel has Visual Basic for Applications while Sheets does not. Excel’s VBA allows companies to automate their spreadsheet processes and can be maximized by Excel VBA programmers to streamline their operations. Programmers can even use VBA to add new functions when companies require other operations that Excel’s functions might still lack.

Any function that Google Sheets might have can be built into Excel through VBA. Besides being able to create custom functions for Excel, VBA can also automate Excel tasks, which Google Sheets could not emulate. Excel’s VBA can write formulas into the cells, modify rows and columns, import and clean data from other sources, create PDF reports of Excel Data, and automatically create and send messages via the company’s Microsoft Outlook email account.

How To Fix Drain Plumbing Problems By Yourself?

The Difference Between Balustrades And Balusters