During a Global Pandemic are cruise liners the problem or the answer to a problem.?

Cruise vessels carrying infected passengers and crew from around the world were being told they could not dock at certain ports, whilst others remained anchored for weeks at a time not knowing what their next move would be.

When Covid 19 was first detected in countries outside of China, a Global Pandemic was about to spread rapidly throughout the World.

Nothing had been seen to be more contagious & deadly since the Spanish flu back in 1918 which killed millions of people.

The Domestic World & International travelers were about to become another Titanic, with the problem of not being prepared for a disaster.

Global Governments and the World Health Organisation simply did not know what to do to contain this rampant disease.  Travel & Tour companies, Hospitality & Leisure companies, Airlines, Cruise Liners, Rail & Coach operators were thrown into turmoil.

These companies were about to be hit hard with some never to recover from their heavy losses, not to mention the loss of life itself.

People in transit & traveling abroad were succumbed and overwhelmed with how to protect themselves, and how to get back home.

Cruise vessels carrying infected passengers and crew from around the world were being told they could not dock at certain ports, whilst others remained anchored for weeks at a time not knowing what their next move would be.

The strains & anxiety on passengers & crew must have felt like floating in a germ war zone and fearing the unknown.

Governments of Countries suffering the rapid spread of infection were overwhelmed and caught totally unprepared.  In addition to the lack of Quarantine containment, planning, and contact tracing, they were faced with the daunting task of dealing with thousands who were critically ill & dying.

Hospitals & front-line medical staff around the world were overcome with exhaustion, not to mention the challenging prospect of what to do with the thousands of deceased.

Luxury Cruise liners were treated like floating leper ships and were seen as the main carrier of spreading the disease throughout the world.

Many of these elegant floating masterpieces were never to sail with distinction again, as some would end up at Turkish scrappers. Some of the Luxury Cruise line owners sold off older vessels at fire-sale prices, scrapped vessels, or just financially sunk in despair never to operate again.

What a great pity, as hundreds of thousands of regular luxury cruise fanatics, would remember some of the best days of their lives voyaging on these beautiful ships.

Luxury Cruise Liners Could be the Answer.

The World has learned a great deal during Covid 19, none more so than being caught out with the speed of spread of hugely contagious viruses.

How do we rapidly prepare to quarantine and how to attend to the vulnerable people in the world.?

Now that the world has come closer to finding answers on how to be better prepared for another wave of similar proportion, big Cruise Liners could play a massive part.

The Luxury Cruise Liners with their thousands of beds and luxury cabins could be transformed quickly into Quarantine & Hospital ships. This is not new however as many passenger liners were refurbished into Hospital ships during the first & second world wars.

The super Luxury Cruise Liners of today are floating works of art that would super seed many hotels around the world, with their amenities and varying classes of sleeping cabins.

These liners could be quickly quarantined, and their gyms & entertaining areas turned into infirmaries with ventilators and other medical equipment on board for the critically ill.  Certain crew members could be trained in certain medical practices to assist with doctors on board, and the ship's brig (ship jail) can be used to restrain the unruly. Best of all it would be easy to guard gangways to stop people from disembarking and leaving or entering the ship.

These refurbished liners could have a license to sail into any port worldwide & berth near an affected vessel and take the passengers from one vessel to the other quickly and efficiently.

Taking on an influx of people from major cities & villages would take the weight off hospitals & front-line staff, cities, make ship infirmaries & quarantine hotels. The ship could even do a short voyage when full to kill the boredom of patients. The added bonus is to breathe fresh salt air rather than a stuffy confined small hotel room. You could still move around on a ship and even sunbake with a mask on and dining with others as long as you distanced and took precautions.

Many more people could have survived and certainly been in a better mental state of loneliness and suppression being locked up in a small room for 2 weeks.

The global liners offer many logistical answers & could themselves gain funding from the wealthier passenger, governments, or World Health organizations to keep the liner's owners funded.

By all reports, now that there are a number of potential proven vaccines close to being rolled out, there are thousands of voyagers who have booked their next voyage.

www.leisurechain.com your gateway to leisure & travel. 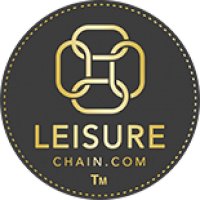 After many years of building Hospitality Chain (the world’s first and only dedicated directory for the fine food and hospitality industry), the founders realised a global need for a similar type platform dedicated to leisure and travel Leisure chain was created as a point of difference for the vast leisure and tourism operators industry. Whilst most tourism sites are about cheap hotels, resorts, accommodation and airfares, we have created something that is different, something unique and something that showcases the many destination activities that tourists can engage in during their global travels.

How to Care Your Roof in Different Seasons